Do you currently suffer from any of the following digestive complaints: pain, constipation, diarrhoea, alternating constipation and diarrhoea, food sensitivities, fatigue, reflux/ burping, abdominal cramping, bloating and/or wind? It is highly likely that you could have a condition called small intestinal bacterial overgrowth (SIBO).

It is thought that SIBO is one of the main causes of irritable bowel syndrome (IBS). IBS is an extremely common functional digestive disorder that is notoriously difficult to treat due to its functional nature. Although a widely diagnosed condition, IBS is often misunderstood, which is not ideal given it is a condition which affects an estimated 28 per cent of Australians.

Fortunately, the research literature is starting to show strong evidence around the potential causes of IBS, allowing us to develop safer and more targeted treatments. In some cases, IBS is caused by abnormal function of the gastrointestinal tract, rather than structural or biochemical abnormalities. However, in most cases, it is thought that one of the main drivers behind IBS is SIBO, which is a biochemical abnormality. Diagnosis of SIBO has increased in recent years, particularly due to its very close association with IBS.

SIBO creates inflammation in the small intestine mucosa, which decreases digestion and nutrient absorption. This results in undigested food staying in the small intestine and also moving into the large intestine where it is excessively fermented by bacteria, producing gas which is responsible for the symptoms of IBS such as bloating, reflux, stool issues, food intolerances/allergies (e.g. lactose, FODMAP, fructose) and abdominal discomfort/pain. It also leads to nutrient deficiencies such as calcium, iron, magnesium, protein, zinc and vitamins A, D, E, K and B12, which can create their own health issues such as anemia, peripheral neuropathy and osteoporosis.

A study published in the American Journal of Gastroenterology in 2003 showed that 84% of irritable bowel syndrome patients had SIBO. Leading SIBO researcher and gastroenterologist Dr Mark Pimentel states ‘most of IBS is actually SIBO’.

One in five Australians have IBS. It is the most common digestive complaint in the world. Many people have these symptoms due to SIBO.

Why is SIBO a problem?

The process of moving things from the small intestine into the large intestine is called motility. The migrating motor complex (MMC), which acts like the motion of a wave, pushes leftover waste and other matter such as bacteria along the small intestine. It is essential for cleaning out the small bowel. The MMC is highly dependent on a network of nerves, muscles and hormones, and occurs in a fasting state (when you are not eating) every 90 minutes and overnight. The MMC is commonly found to be disrupted or not working in SIBO patients. This is one of the major underlying causes of the chronic gut health issues I see in clients. The MMC is greatly affected by stress, poor diet, certain medications and gut infections.

There are two common types of SIBO – methane and hydrogen SIBO. This difference is the types of bacteria present and the gases the bacteria are producing. Most clients have a combination of high methane and hydrogen. Intestinal methane overgrowth (IMO), which is constipation dominant, has been the most stubborn to treat, often coupled with fat-loss resistance.

Methane is not technically bacteria but rather organisms called archaea that are responsible for the methane form of SIBO. The specific species of archaea we hear about most and which resides in the gastrointestinal tract is methanobrevibacter smithii. If you have an overgrowth of this species in your small intestine, you most likely have a bacterial overgrowth as well.

When you eat fibre, the bacteria in your gut ferment it and produce hydrogen. This is what archaea feed on! Once the archaea consume the hydrogen, they then produce their own by-product – methane! This means that people could have an overgrowth of hydrogen-producing bacteria even though excess hydrogen levels may not show up on a test. The archaea are consuming the hydrogen and producing methane instead. Sneaky hidden hydrogens!

Each person I help with digestive discomfort has a different microbiome, set of symptoms, lifestyle and past health and medical history – all of which allows me to better understand their drivers and plot the right path for gut health resolution. Testing for and addressing the underlying cause is something everyone with IBS and SIBO should be doing.

I am extremely passionate about and experienced in gut health disorders. If you would like to work with me, book your FREE Gut Health Discovery Call here! 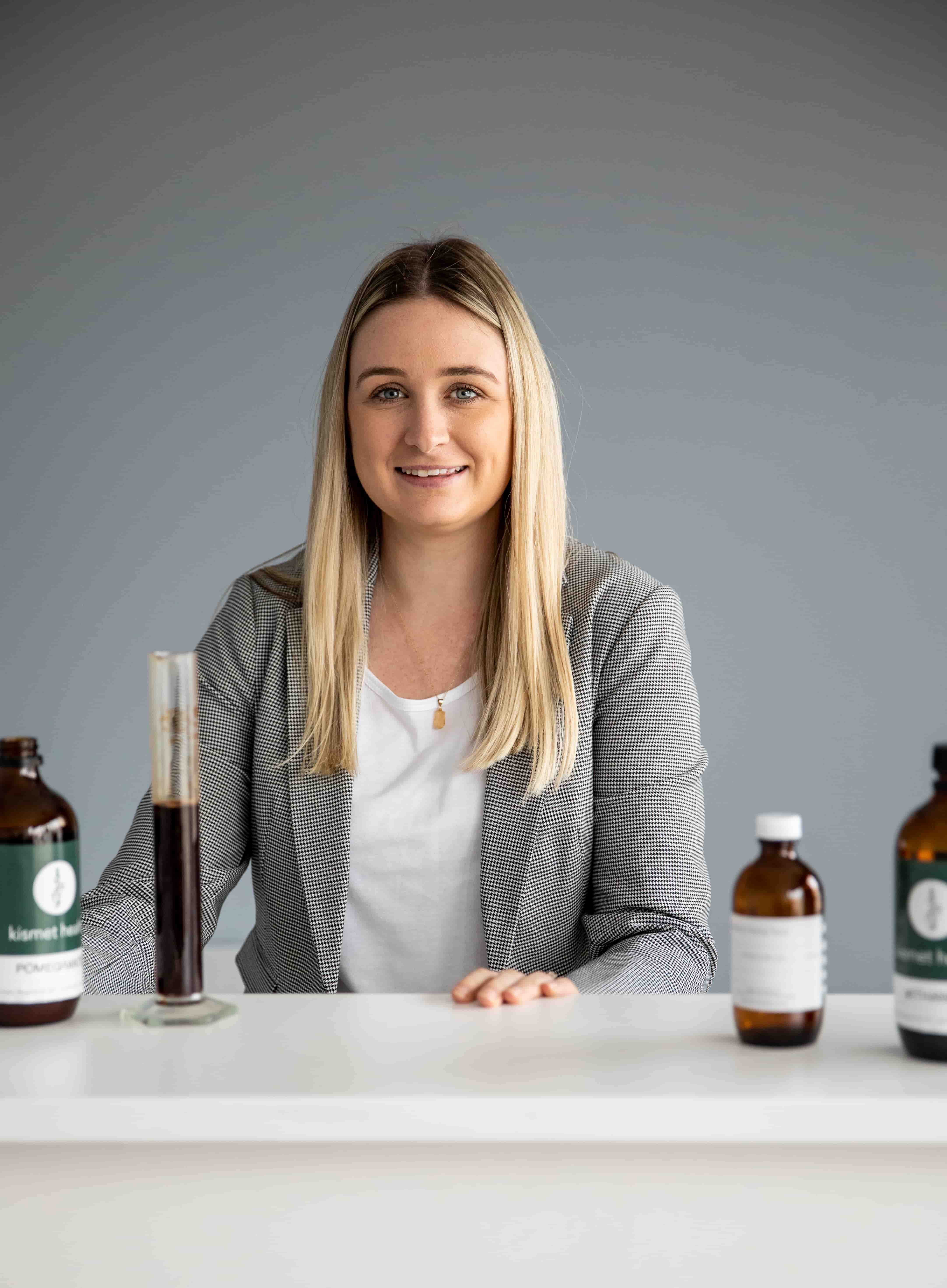 I’m a naturopath, gut health nerd, speaker, writer, mentor and mamma. I help people resolve their complex gut health issues such as IBS, SIBO & IBD. I also help people gain freedom from the fear of food, create calm minds and give people back their zest and energy for life!

You work hard in life, don’t you? ⁠ ⁠ I know

Do you know why we start introducing solids at the

Last year I posted my favourite brownie recipe on

The Nourished Gut Podcast is back and this week, I

When your gut is healthy and happy you will know i

You work hard in life, don’t you? ⁠ ⁠ I know

FOLLOW MY JOURNEY
You work hard in life, don’t you? ⁠ ⁠ I know